The Politics of Social Media: #SMWF chats to Tom Edmonds, Director of Digital and Creative for the Conservative Party. 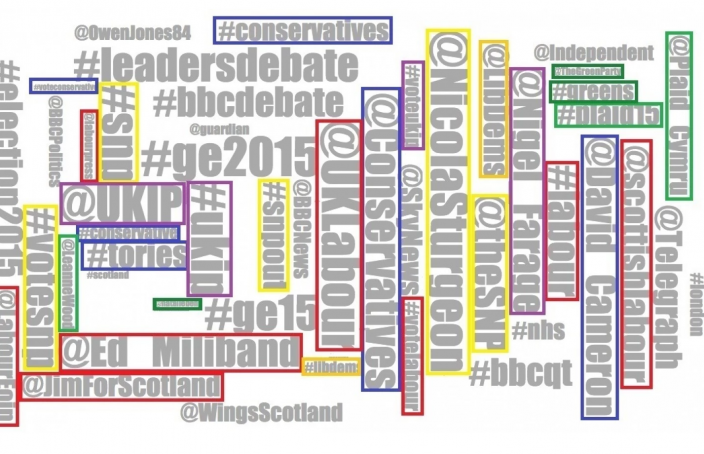 With #SMWF 2015 now just around the corner, we’ve been catching up with one of our many exciting speakers Tom Edmonds, Conservative Party Director of Digital and Creative. We’ve been asking him his views on social media and digital marketing, and what to expect from our Day One Keynote Panel: 2015 – The first social media election?

Tom ran the Conservative Party’s acclaimed digital campaign during the 2015 General Election, which resulted in a majority Conservative Government and David Cameron returned as Prime Minister. Prior to that, Tom worked agency-side at Karmarama and Pentagram for clients including IKEA, YouTube, Argos, Nokia and Amnesty, as well as helping to create a brand new financial category – peer-to-peer lending – at Zopa, the world’s first lending and borrowing marketplace. Take a look at the #SMWF agenda, where Tom will be speaking in the #SMWF Keynote Track, and register for your pass here.

How do you believe that social media has changed the way political parties campaign?

“Politics has always been about speaking to the right people with the right message – and that hasn’t changed. What social media has done is open up important new channels for politicians – and political parties – to engage directly with people. If you take digital seriously, and put it at the heart of your organisation as we did in the 2015 campaign, you can use social media to reach out to swing voters and explain how your plan will help them and their family – as well as using it to motivate and encourage your supporters to get involved in the campaign online, as we did with our Share The Facts app and website which used gamification to incentivise supporters to help get our content in front of an additional 3 million people every week”.

“The other thing social media has done, of course, is to change the speed of the news cycle, forcing parties to put in place structures and processes to react incredibly quickly to developments. That’s why, for example, we built up a team that served as an in-house agency at the Conservatives to give us that speed of response during the campaign”.

Do you believe that social media campaigns encourage only the younger generation of voters or do they have a wider effect?

“If you start from the false premise that social media is only about reaching young people, the next thing you know you’re at Russell Brand’s house in the middle of the night, being interviewed in his kitchen because you think it will impress younger voters. It’s completely untrue and distorts everything you do. Social media usage – particularly Facebook – is widespread amongst all age groups, and it’s about using those channels to speak to people about the issues that are relevant to them”.

How has this year’s social media campaign differed from the 2010 election?

“A lot of people said 2010 was the UK’s first digital election. Well I worked on it and trust me – it really wasn’t. None of the political parties had a clue how to use digital effectively. But this time round, we took digital incredibly seriously, putting it at the heart of our campaign – and there is no doubt that social media played a vital role in our success at this election. Targeted activity on Facebook and other platforms was focused on reaching undecided voters in marginal constituencies with the right messages. And because everything is so measurable now, you can track whether your message is being seen by the right people and what activity it’s driving”.

What was your favourite hashtag/theme that you used during this year’s campaign?

“I think #EdStone is the hashtag most people will remember from this campaign”.

Which platform do you feel gave you the best ROI?

Which platform do you find is easiest to gain traction/following?

“Twitter is the easiest to gain a following, but that doesn’t mean you’re having any impact while using it. It’s easy to get caught up in the numbers game and be distracted by what is quite often just a conversation with your own supporters. What you need to always have in mind is whether you’re reaching the right people. And if the answer’s no, you need to rethink what you’re doing”.

What do you think of the internet “meme” culture in regards to the potential misuse of party graphics/tweets by platform users? Is it negative or part of the “all publicity is good publicity” element?

“It’s part of the game now. You can’t let it stop you doing what you’re doing. The minute you start worrying about whether people on the internet will make fun of something, you don’t do anything. And if you’re smart, you can use it to your advantage by actually encouraging memes – like we did with our poster of Ed Miliband in Alex Salmond’s pocket which spawned thousands of copies, helping to reinforce our original message.

What would you say is your “number one rule” when it comes to social media management?

“Remember you can’t take it back”.

Tom will be speaking at Social Media World Forum 8-9th June at London Vinopolis, register for your pass here.

The post The Politics of Social Media: #SMWF chats to Tom Edmonds, Director of Digital and Creative for the Conservative Party. appeared first on #DMWF Amsterdam.