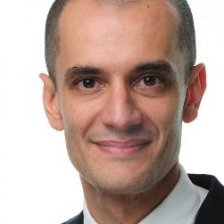 Mariano Bosaz is a marketer for the digital world, and the Global Digital Director at Coca Cola.

Mariano started working in digital marketing in 1999 at the University of Richmond in Virginia where he finished and sold a digital business to a Global HR Company. After 3 years, working for one of the largest Investment Groups in Latin America, he moved to one of the most important Media Groups in Latin America (LA NACION) to run their digital operation. In 2004, he was responsible to launch the first mobile site for the newspaper. Finally, in 2007 he joined The Coca Cola Company to become the interactive marketing manager for South Latin America. During more than 4 years he developed digital marketing strategy and implemented several projects such as Worldcup 2010 and other for the rest of the brands portfolio across Latin America. In 2011, he became Group Digital Director for Eurasia and Africa to lead digital opportunities across 92 countries. Since 2015, Mariano became a Global Digital Director at The Coca-Cola Company.