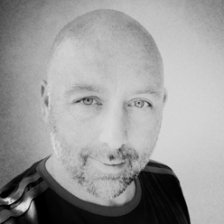 As from January 2016 Darre van Dijk is creatively leading TBWA Amsterdam. Before that he was part of Ogilvy & Mather for ten years. Darre started as a creative director at Ogilvy Amsterdam in 2005 and was promoted to Executive Creative Director in 2010 and became Chief Creative Officer since 2014. Under Darre’s leadership Ogilvy Amsterdam became one of Holland’s top agencies. Before Darre joined Ogilvy he worked at Euro RSCG, DMB&B and was a partner at Amsterdam Advertising.

The award list so far counts 170 awards.
Of which 12 Cannes Lions including a Grand Prix, He was awarded at the D&AD, Clio’s, LIAA, One Show, Eurobest, Epica, Caples, New York Festival, ADCN, Esprix, SAN, WEBBY Awards and the European IMC awards of which he also holds a Grand Prix.

He was responsible for the well known campaign
‘Why wait until it’s too late’ that he launched for funeral insurance company DELA.
DELA became the Dutch advertiser of the year 2012. The campaign is one of the most awarded campaigns in the Dutch history.

For the Rabobank he was responsible for the new campaign ‘een aandeel in elkaar’ translaties ‘a share in each other’ that was launched in 2014
He was also in the leading team within Ogilvy that worked for Coca-Cola resulting in the European
‘Choose happiness’ campaign.

Darre was jury member at the ADCN, Esprix, New York Festivals and part of the 2013 Cannes Chimera for the Bill & Melinda Gates foundation.

When he is not busy with advertising he writes and produces music.
And apparently not even that bad as he even hit’s the charts occasionally.
Though his kids say his music is old fashioned 😉