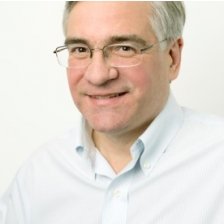 Chris is the CEO of the DMA Group, comprising the DMA, IDM and TPSL companies. Chris is a dual French/US citizen with over 35 years advertising and 1 to 1 marketing experience in Europe, the USA and Asia/Pacific including senior roles at client, agency and technology companies. From 2000 to 2009, Chris developed Emailvision into Europe’s leading email service provider (ESP) in his dual roles of Chief Operating Officer and UK Managing Director. Emailvision has subsequently been rebranded as Smartfocus. Chris launched his career in New York with Young & Rubicam and his 12 years at Y&R included founding the Wunderman office in Singapore in 1992 and managing the Wunderman office in Hong Kong. Chris moved to London in 1994 as European Media Director for Franklin Mint and created his own on-line catalogue company (Living Heritage) in 1998.

In addition to his commercial activity, Chris has taken a lead in industry issues including legislation, best practice and education. His industry roles include seats on the boards of the Advertising Association, Asbof and CAP.