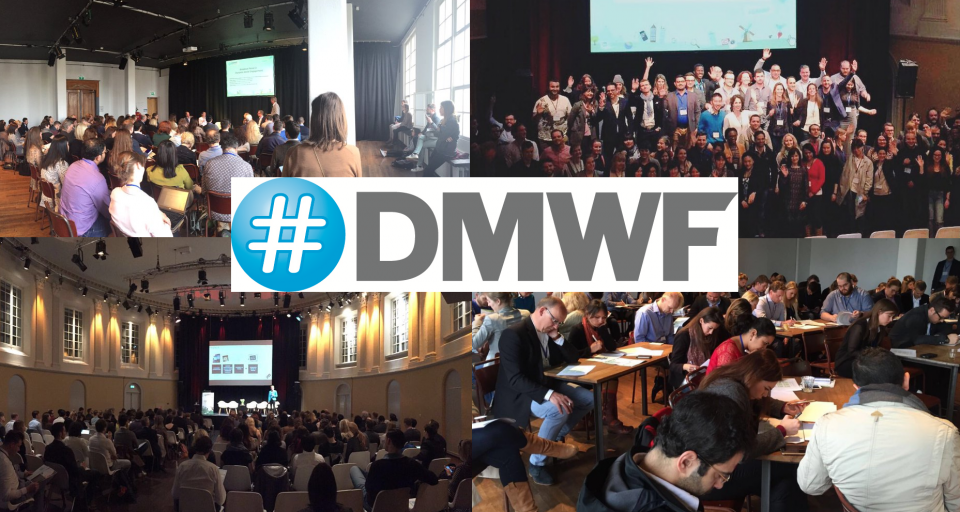 Back in February, we held an exciting conference in Singapore; the first of 2016. The bar was set high for all future #DMWF conferences. Would Amsterdam deliver in comparison…?

Bringing together senior employees & thought leaders from some of the biggest brands in the world to speak in front of over 250 eager-to-learn marketing professionals, attending from Holland, Europe and the rest of the world, was always going to result in an exceptional conference.

The conference got off to a flying start, thanks to the chair Andy Oakes (The Drum’s Managing Director) and the opening talk by Nicky Claeys, CMO at Dominos.

#DMWF has begun! After the welcome by Andy Oakes @TheDrum, @NickyClaeys has kicked it off w/ ‘Investing in Digital’ pic.twitter.com/kswOi3dBlH

You have 5 seconds to attract consumer’s attention. “A gold fish has higher attention” @mbosaz #DMWF @DigiMarketingWF

This comparison of humans to goldfish ended up being a running theme!

Gert wim ter Haar was the penultimate speaker on day one. The Social Media hub manager at KLM spoke about the company’s innovative new ideas to facilitate the change from social to personal, utilising Facebook messenger.

Another great line-up of panelists closed the first day. Senior employees from The Drum, Staples, Havas Media and DHL provided the audience with great insight and knowledge regarding how data driven marketing can be used to personalisation and targeting. And Christian Citu managed to perfectly sum up the #DMWF conference…

Day two promised more of the same, and delivered!

Amanda Richards delved into the advantages of emotional marketing campaigns.

Taking part in @CrispThinking‘s interactive questionnaire. How long would it take your company? #DMWF pic.twitter.com/q3lxMWhze4

In the corresponding lab, ran by Shu Wang, attendees were using the good, old fashioned pen and paper to get their brains going by answer some data-related analytical questions.

Hey @Soenke_Lorenzen ! Niice to see a representative of the non profit sector talking about ROI!

Whilst this stat blew everyone’s minds!

90% of data in the world created in the last 2 years. incredible. #dmwf #philips

But before we knew it, it was over. Gone in flash of incredible insight, marketing passion and relationship building. But not before we could all gather on the stage for one final photo!

Thank you Amsterdam! We hope you’ve enjoyed this year’s #DMWF and we will see you again soon. pic.twitter.com/UYfiSp6TVO

Thank you all for your participation! We look forward to seeing some of you at the next events across the #DMWF series; London and New York, as well as the next time we return to Amsterdam!

The post #DMWF Amsterdam Round Up appeared first on #DMWF Series Site.